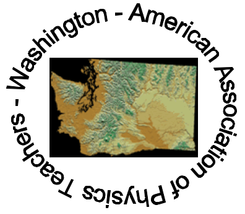 3000 Landerholm CR SE, Bellevue WA 98007
Skip down for directions once you are on campus.
Approaching from the East:
From the city of Issaquah and points East, Take Interstate 90 West to exit 11 (148 th AVE SE). Skip the first right at 161Ave and continue to the second right from the collector distributor lane.  This is marked 148th AVE SE and Bellevue College and later also marked 156 Ave SE and Eastgate Way. Take a left at the light onto Eastgate way and move right. The next right is 148th.  Taking 148th up the hill move Left. The route has good signage.  At the next light there will be four lanes, the two left lanes go to the college.  Of these two, take the right lane or move right after your turn onto campus. At the traffic circle follow the road to the right (Perimeter road).  As it turns left in one block to become Tyee River Road, you should instead go straight along the East edge of the parking structure.  Turn left into what is the the fourth floor.
PARKING: You want to go up one floor which requires an immediate left turn inside to get off the down ramp facing you. Navigate to the North end of the structure so you can take the ramp there up to the 5th floor. There is no charge for parking during meeting or workshop times.   See parking map.
.

Approaching from the North or South:
If you are traveling from outside the area Friday evening during peak hours check traffic (AM 1000, or an app), to select between Interstate 5 or 405.  The latter is shorter, but the former may be faster getting to Interstate 90.
If you are within Seattle proper take Interstate 5 until it joins Interstate 90 Eastbound. If you approach from further North or South on Saturday take Interstate 405 until it joins Interstate 90 Eastbound.  At Exit 11 you have two choices:
Cloverleaf: Select the right exit lane (Exit 11A- 150th Ave SE) until it separates from the main  freeway, then choose the left lane as the collector distributor widens, going under two roads,  the second one is 150th Ave SE.  Just past 150th follow the cloverleaf ramp up to the right entering 150th traveling northbound. The signage for this route is marked as taking you to Eastgate Way which is the first stoplight after you join 150th Ave SE.  Past this light the road climbs the hill and becomes 148th Ave SE.  From here the directions are the same as the traffic from the east once it has turned right onto 148th from Eastgate Way (see above).
Up-And-Over. Select the left most of the two exit lanes (Exit 11B - 148th Ave SE).  This one is marked  Bellevue College. Follow the ramp up and over the freeway as it becomes 148th Ave SE.  At the main campus entrance and also the next intersection, you are not allowed to turn into campus. Continue to SE 24th st and turn left and continue through the next light at 140th Ave SE.  As you pass through the small gate, the road changes names to Kelsey Creek Road.  Follow this as it veers Southward by stages and finally, as you pass the front of the parking structure, turns back east as Tyee River Road.   Continue up the hill and turn left at the top entering the parking structure on the 4th floor.  Read about parking above.